Very rarely do you get to witness the birth of a widely-observed cultural event. Most holidays and celebrations have deep histories rooted in the veneration of a significant figure, commemoration of an ancient religious feast day and/or festival to usher in a new season. Given that they generally have historically-significant backgrounds, new holidays haven’t sprung up very often in the past.

But then the era of mass consumption came along. And now all the rules have changed. 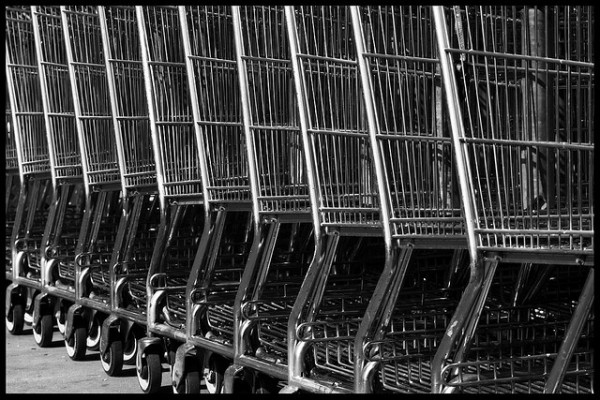 Since 1941, Americans have been spending the fourth Thursday of each November celebrating Thanksgiving by eating turkey (or tofurkey, if that’s their style) and getting acquainted with elastic waist pants. To lengthen the festivities, many companies also give their employees the following Friday off. Sensing an opportunity to fill their cash registers, retailers began opening early and offering sales to shoppers who were willing to open their wallets on what is now known as Black Friday.

One might be inclined to think the name Black Friday refers to all the bruises shoppers acquire while they jostle and punch their way through early morning door-crasher sales. While that is a totally valid assumption, the term actually has a more practical origin. In the past, it was a standard accounting practice to use red ink to indicate a loss and black ink to demonstrate a gain. As the fourth Friday in November is typically when retailers start to earn a profit based on Christmas-related shopping activities, the date came to be known as Black Friday.

As with most shopping-based holidays, creep becomes an issue the longer an event is observed. In the case of Black Friday, stores used to open very early Friday morning to satisfy the waiting throngs of shoppers. But that was no longer good enough in the age of internet commerce, so some major retailers opened Thursday at midnight in 2011. This year some sales had begun by 8 pm on Thanksgiving Day, leaving many angry that the actual holiday (Thanksgiving) is now being overshadowed by the shopping event (Black Friday). 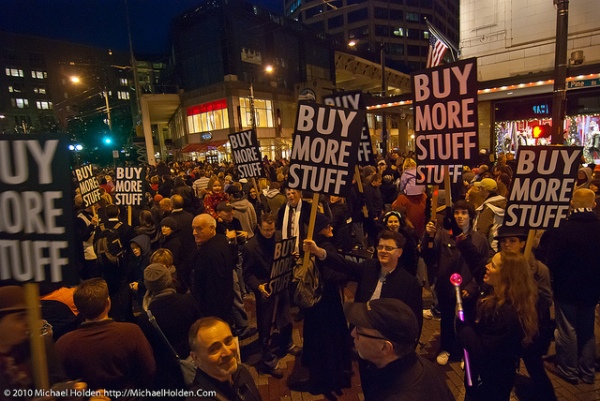 In Canada and many other Commonwealth countries, the busiest shopping day tends to be Boxing Day, which is observed the day after Christmas. For some reason, we reserve the craziest sales of the year for the day after you give/receive the majority of the year’s presents. While that may be a somewhat financially foolish practice, things appear to be changing in the Great White North.

Whereas Canadians living near the border have made Black Friday pilgrimages to the States for years, 2012 appears to be the first time Canadian retailers have made a concerted and effective effort to entice shoppers to open their wallets for sales on this side of the border. Considering Canucks spend as much as $5 billion in American stores during November and December each year, it’s no wonder our own merchants have decided to jump on the Black Friday gravy train and ride it for all it’s worth.

With most events that are contrived, longevity can be a difficult thing to predict. But when it comes to massive sales backed by international marketing campaigns, it’s a pretty safe bet that Canadians will have no qualms about opening their hearts and their wallets to celebrate Black Friday in the future. 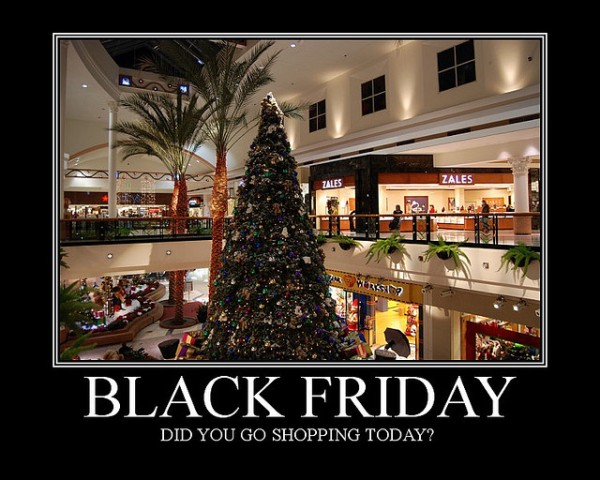