If you are anywhere near Calgary, Alberta right now you can’t help but be keenly aware that the Stampede is officially underway. Bales of hay dot nearly every doorway, red and white flags hang from most lampposts, fireworks dance in the sky each night, and C-Trains are being sullied by overindulgent partiers who can’t hold their booze.

If all those signs weren’t enough, the endless sea of cowboy-hatted heads should have given it away.

As someone who grew up in rural Alberta and has only missed attending the Stampede once (I was living in Australia! Get over it!), I can spot a wannabe cowboy from a country mile away. But advances in cowboy hat technology and denim fading techniques have made this much more difficult to do in recent years. Sigh.

Rather than forcing a potential cowboy to display their calf roping skills as evidence, here’s a short checklist that will help you spot those wannabes who are all hat and no cowboy: END_OF_DOCUMENT_TOKEN_TO_BE_REPLACED 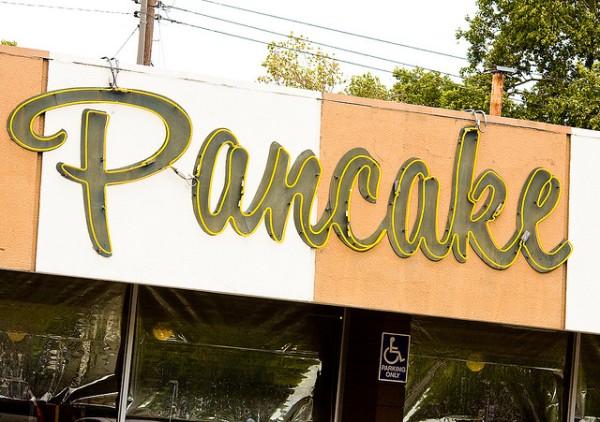 They say there’s no such thing as a free lunch. Since I’m not one to argue with people I don’t know (road rage doesn’t count in this instance), I’ll let them have that one. You can, however, get any number of free breakfasts if you follow a few simple rules. Here’s how it’s done: END_OF_DOCUMENT_TOKEN_TO_BE_REPLACED

Generally speaking, Calgary is regarded as being a conservative city -both politically and socially. But all of that changes come July when we roll out the hay bales, dust off our cowboy hats, and get down to the serious business of partying Stampede-style.

The Calgary Stampede, also known as the Greatest Outdoor Show on Earth, is a 10 day annual event that celebrates Alberta’s western heritage and pioneer spirit. In the past 99 years, millions of people from around the globe have converged on the Stampede Grounds to take part in this world-class festival. From mini donuts and calf roping, to fireworks and line dancing, there’s something to suit everyone’s taste at the Stampede.

The 100th anniversary of the Calgary Stampede will be taking place less than 100 days from now, and this year’s celebration promises to be the best one yet. As a Calgarian who looks forward to the event all year long, I thought I’d help get you into the Stampede spirit by posting 100 things you might not know about Calgary’s most beloved cultural institution. By the end of the list you should be craving mini donuts (see #86) and planning where your new five foot tall pink teddy bear will live (see #66). Yahoo!