I’ve never done this before, but for some reason I decided to take a screenshot of the Winter Olympics medal count on Monday. Canada was on top of the standings, and something told me I should have some proof of that.

As it turns out, I had unknowingly snapped a shot of history. Apparently day 4 of the Sochi games marked the first time that Canada has ever led the medal standings at either the Winter or Summer Olympics! Looks like we’re are owning the podium after all!

…I won’t even bother to mention that we only held the lead for the early part of day 4. That’s totally beside the point, and rather irrelevant 😉 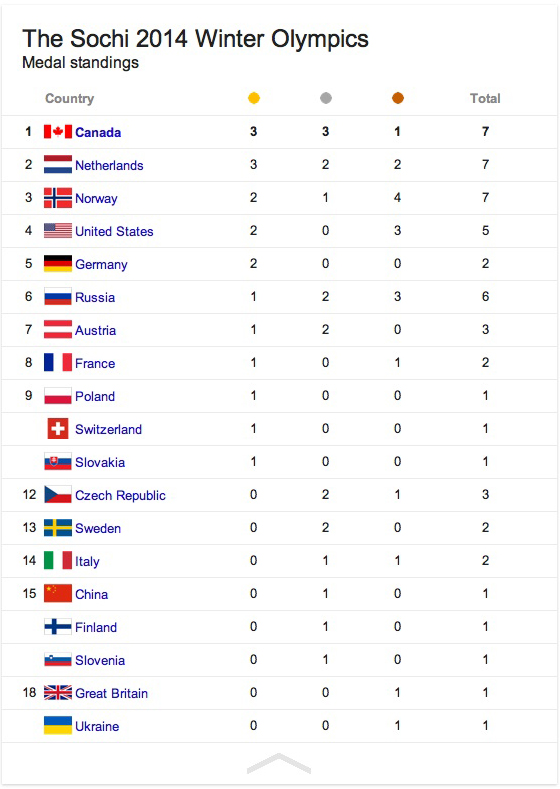